The Forests and Communities Initiative (FCI) is dedicated to support conservation of forests ecosystems through the action of indigenous peoples and local communities. FCI was created in 2022 by four founding partners working on complementary facets of forest conservation; the Prince Albert of Monaco Foundation, the IUCN World Commission on Environmental Law, the International Ranger Federation and Global Forest Coalition. Later that year the International Indigenous Forum on Biodiversity joined the FCI as its fifth partner.

The Prince Albert II of Monaco Foundation (PA2F) is active within all major global environmental fields and with a certain focus on specific geographical areas such as the Mediterranean Basin, the Polar Regions and the Least Developed Countries, in order to promote the preservation of biodiversity, the mitigation of climate change and the implementation of sustainable development. The objectives of the Foundation are to raise awareness amongst both populations and governments of the impact of human activities on the natural environment, to encourage more environmentally sustainable behaviour and to promote outstanding initiatives and innovative solutions.

The IUCN World Commission on Environmental Law (WCEL) advances environmental law around the globe by providing specialized knowledge and assistance to strengthen the legal foundations of the conservation of nature and sustainable development through the conceptual advancement of environmental principles, norms, and laws, and by building the capacity of communities to benefit from the environmental rule of law.

The International Ranger Federation (IRF) was founded on 31 July 1992. It is the global body that represents rangers and ranger associations across the world. The Federation’s mission is to develop, advance and promote throughout the world community, the Ranger profession and its critical role in the conservation of natural and cultural resources. Over 100 Ranger associations from national, state, and territorial entities have affiliated with the IRF, including several Rangers from around the world who have Provisional membership status whilst they attempt to establish Ranger associations in their countries. It has a Board of Directors with ranger representatives from all the regions in the world. 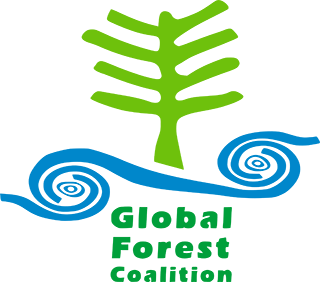 The Global Forest Coalition (GFC) is an international coalition of NGOs and Indigenous Peoples’ Organizations defending social justice and the rights of forest peoples in forest policies. The GFC was founded in 2000 by 19 NGOs and Indigenous Peoples’ Organizations (IPOs) from all over the world. It is a successor to the NGO Forest Working Group, which was originally established in 1995. GFC participates in international forest policy meetings and organizes joint advocacy campaigns on issues like Indigenous Peoples’ rights, the need for socially-just forest policy and the need to address the underlying causes of forest loss. 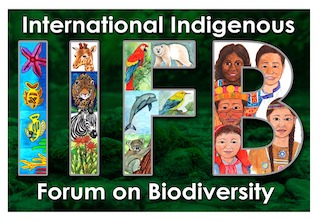 The International Indigenous Forum on Biodiversity (IIFB) was formed during the III Conference of the Parties to the Convention on Biological Diversity (CoP III) in Buenos Aires, Argentina, in November 1996. The IIFB is a collection of representatives from indigenous governments, indigenous non-governmental organizations and indigenous scholars and activists that organize around the Convention on Biological Diversity (CBD) and other important international environmental meetings to help coordinate indigenous strategies at these meetings, provide advice to the government parties, and influence the interpretation of government obligations to recognize and respect indigenous rights to the knowledge and resources.